On the 3rd August 1877, the Oriental Bank of Sydney forwarded 30,000 Sydney minted gold wreath sovereigns in six boxes on the Royal Mail Steam Ship - Avoca, for delivery to Galle, Ceylon for auction. However, due to a shipping contract, the sovereigns had to be transhipped onboard the S.S China at arrival in Hobson's Bay, Williamstown.

When the boxes were transferred to the China on the 7th August, they were moved together, not one-by-one as was customary, therefore the theft of 5,000 coins was not discovered until the China reached the port of Galle on the 29th August 1877.

Therefore, it was initially unclear if the theft had occurred on the Avoca or the China.

Detective Mackay and Inspector Secretan would lead the investigation 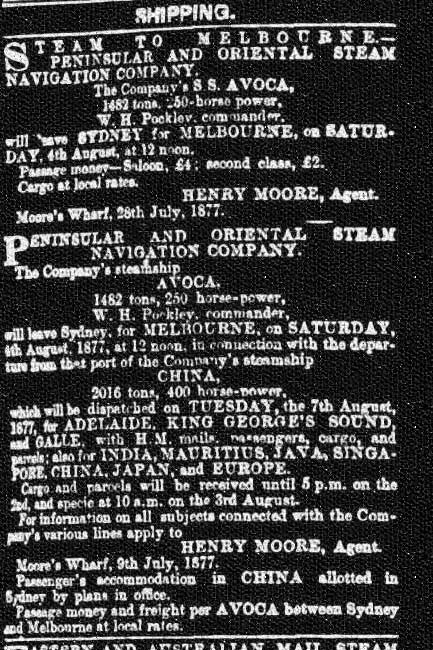 The Argus, 1906, reported that "a curious superstition of the Cingalese was in a large measure responsible for the detection of the real gold robber. The coins taken from the Avoca had been specially minted in Sydney for circulation in Ceylon; but as the natives disliked the St George and Dragon stamp, these were stamped with a wreath pattern." Therefore, when the wreath sovereigns of 1877s began appearing in the colony of Victoria, the detectives turned their attention to Martin Wiberg.

However, when Martin's mother-in-law Eliza passed, the "Northern Argus (1892)" reported that a "reward claim" letter was found in her possession.

Martin was employed as the Avoca’s carpenter. As the ships carpenter, he had been asked to repair the lock on the bullion room door, and when doing so, he took an imprint of the key in wax.

He then had access to the Bullion Room where he crafted a secret hatch that allowed him to enter the room without being seen by navigating the hidden tunnels of the ship.

The trip from Sydney to Melbourne encountered stormy weather which provided the perfect cover to muffle any sounds that he might make in extracting the sovereigns. When everyone was asleep he entered the bullion room and with a cold-chisel carefully pried open a box marked X.O.X. Inside the box was sawdust, and underneath a smaller box with seals. Martin took a hot knife and melted the wax on the seals before removing the sovereigns. He then restored the boxes to near original condition so that his deed would not be detected until long after he had left the ship at Williamstown. 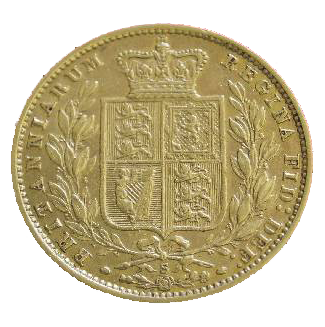 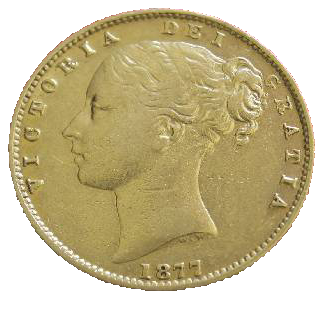 DID YOU KNOW THAT...

With 3,500 sovereigns still potentially hidden throughout the gippsland region of Victoria.

worth of sovereigns potentially is waiting to be found. Will you find them?

The Blue Sheet, 2013 suggests that one sovereign is valued anywhere from $370-$1,400 depending on its condition. Therefore, with sovereigns hidden away from the world since 1877 they could be in very good condition should you find them.

Date of Death: Circa July/August 1906

Occupation at time of Robbery: Chief Officer for the R.M.S.S Avoca

Mr Elliston returned to England soon after the Gold Robbery, and was implicated by Martin Wiberg as the chief architect of the crime. However, Robert's return to Suffolk, England was due to blood poisoning, not for stealing the sovereigns. Alas, it would be over a year before Robert would be finally exonerated.

As reported by the Argus, 1906: "On being acquitted Robert took actions against the P. and O. Company and others. His innocence had been so completely demonstrated by the developments in Wiberg's career that no defence was offered, and the cases were all settled out of court by apology and payment of damages.

The Victorian Government held out for some time, but, finding that Mr. Elliston was less concerned about loot that the reinstatement of his character, they finally voted him a sum of £800, and passed a resolution of the House in honourable and generous terms, expressing public regret that an innocent man should have been so deeply wronged. The P. and O. Company did not stop at compensation. They offered Mr. Elliston a responsible post in their service, and when he refused paid him a pension until his death.

A remarkable faith in the ultimate triumph of innocence marked Mr. Elliston's conduct while under suspicion. Incidents in his early life at sea had made a deep impression upon a mind which had naturally a religious bent. On one occasion he was washed overboard from his ship, Heroes of Alma, off the coast of Madagascar. He was swimming in a rough sea nearly an hour, for the volunteer crew which lowered a boat in the hope of rescue could nearly see him nor hear his calls.He had a few minutes of supreme suspense when he saw the ship signal the boat to return, and then, when hope seemed gone, was luckily seen and rescued.

Robert, until the end, maintained his touch with the sea by taking charge of the coast signals on the cliffs fronting his native town."

What would you do if you unearthed thousands of gold sovereigns?
Many believe that the Avoca gold sovereigns remain hidden throughout Gippsland, Victoria